Download the “Paris Agreement A‑Z” app to your phone! 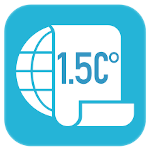 Available for free from the App Store for Apple devices or Google Play for Android devices.

The international negotiations under the United Nations Framework Convention on Climate Change (UNFCCC) are amongst the most complex multilateral law and policy making processes ever. Legal Response International (LRI) seeks to create a more level playing field between actors in the climate change negotiations.

LRI provides free legal support to poor and particularly climate vulnerable developing countries as well as civil society observer organisations. It works through a network of lawyers from law firms, barrister chambers and universities in different jurisdictions who give hands-on assistance during meetings, draft legal opinions or build the capacity of lawyers and negotiators from developing countries.

LRI also supports these countries in their efforts to implement the Paris Agreement and their NDCs at domestic level.