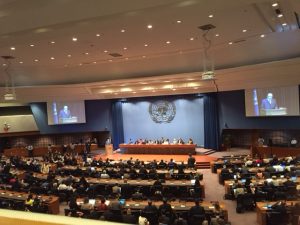 UNFCCC Parties met in Bangkok on 4 – 9 September 2018 to advance their work on the Paris Agreement work programme (PAWP), the set of rules and guidelines needed to operationalize the Paris Agreement, which is due to be adopted at COP24 in Katowice in December this year.

Despite the intense pace of work, progress in Bangkok was uneven, with the issues of clarity on finance and how to reflect differentiation between developing and developed countries amongst the main sticking points. With an ‘PAWP compilation’ at the end of the session still running at over 300 pages long, Parties have their work cut out if COP24 is to deliver a successful outcome.

An LRI team of three lawyers attended the conference. Amongst them was Norarat Nararujaneetanan, a Thai lawyer who said of her experience: “To witness the world uniting and committing to find a solution for our planet through my own eyes is something that I have always been dreaming of. I attended several sessions, on the adaptation communication, Art. 6 market and non-market based mechanisms and response measures. It was interesting to see 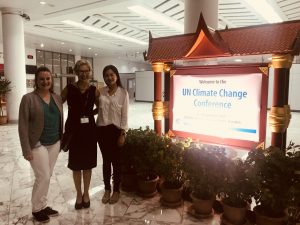 political views, leverage and strategies being used by negotiators through the discussions in each session. Not only did I have an opportunity to witness that, but also how we, as legal advisers, can provide a great assistance during the climate negotiations.We received interesting queries from delegates and conducted some research as well as arranged an expert to provide advice for the delegates.” 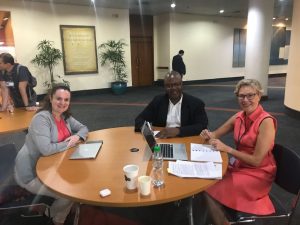 To help advance Parties’ deliberations, the subsidiary bodies ‘ presiding officers have been mandated to prepare, by mid-October, a joint reflections note addressing progress made to date and identifying ways forward including ‘textual proposals’ to serve as a basis of negotiations in Katowice.